My father gave me the greatest gift. He believed in me.

I have been thinking a lot about my dad lately. I am always trying to picture his face when there are no pictures hanging close by. My dad was honest. A great man among men. My dad taught me so many virtuous philosophical principles. He was a quiet and reserved man. When he did talk, most people knew it was probably worth listening to what he had to say. He taught me the significance of keeping your word.  The importance of telling  someone you are going to do something that you better damn well do it! And that includes the dinner plans you made a 6pm. Don’t show up at 605. My father was always on time and if he said he would do something, you knew that it would happen. It didn’t matter what the situation. He was clearly a man of his word.

My father was just an all-round, decent and caring human being. Like the Tracy Lawrence song says “Run your car off the side of the road, get stuck in a ditch way out in the middle of nowhere…” Well, that was my dad. He was the guy who would “drop everything, run out and crank up their car. Hit the gas, get there fast. Never stop to think, “What’s in it for me?”” It never mattered how terrible the situation was, he always seemed to be there. He was always the first one to volunteer a helping hand.

Anytime my dad and I had a serious conversation about something, I always did my best to understand what he was saying to me. I always took his words very serious. At the end of his conversations he would always say “sorry for talking so much…I don’t mean to lecture you. I feel like I’ve been talking too much.” It was always so funny every time he said that because he never talked too much. Not to mention I always enjoyed listening to what he had to say.

Any time during my life, whether I was struggling in my relationships, stressing out over unpaid bills or just needed someone to bounce ideas off of, my father was always there with some sound advise; even during my active heroin use. Looking back at it, I can’t imagine how difficult it was for my dad to be talking with his youngest son, who he knew was completely loaded on heroin. Worrying every day if he was going to wake up to the morning news announcing the overdose death of his son. Or maybe shot dead in a back alley somewhere from a botched drug deal.

Never in a million years would I believed that I would have out-lived my father. After-all, the lifespan of a heroin addict is (typically) 15 to 20 years after initial addiction is set into motion. Never in a million years would I have believed I could deal with the death of my father without slamming another needle into my arm. Every time I think about the reality of never being able to see my dad again, tears well up in my eyes and I get a knot in my throat. My emotions are running amok right now. It would be so easy to get high and flush my father’s absence into the depths of oblivion. Bury the pain and sadness and anger with one last blast of synthetic courage. But why?

Just months ago, I was sitting right here where I am sitting, on my couch next to my father. We were tying up the last loose ends of our book project. At that time, our family had already heard the life-changing news about my father’s diagnosis. It was a terminal illness and all we could do as a family was wait. This visit would be the last time my father would ever come over to my house. It would also be the last conversation I would ever have with my dad. As we were finishing the last closing pieces of the project, I could see in my father’s eyes that we would have to finish up early. He was losing focus and became fatigued rather quickly.

I was stung by a hornet that day. It was the first and only time I have ever been stung. My dad did not like bees’, hornets’ and wasps’ so much. I’ve never been a big fan either. I know they are quite a large part of this whole life on earth thing that is currently taking place- I get that, but stay away from me. Bees’ of all kinds are frightening to me. One time, my dad had a can of Pepsi sitting outside and when he went to take a huge swig of it, he also got a mouthful of bees’. I loved hearing that story. I don’t know what I would do if I had a mouthful of bees’. Hearing my dad tell that story I would always picture  a John Coffey  healing scene from The Green Mile.

I wish I would have known that after that day, I would never get to see my dad at my home ever again. Maybe I could have said more to him or told him I loved him. Maybe I could have hugged him longer. Maybe it don’t matter so much. I don’t think I could have said enough- even if I had said everything. The three weeks after that day were complete hell for my father. Within hours he was completely confined to a bed. Within a day, he could no longer carry on a conversation. When he was awake, he could really only communicate with his eyes and slight movements of his lips. His final word to me was either “hi” or “bye”. I still don’t know if he was trying to say hello, or if he was trying to tell me goodbye. No real sound came out as he struggled to get the word out. The more I ponder it, the more I believe he was trying to tell me goodbye. I didn’t say anything back. I just began to cry.

My father died too soon. He was only 59. I haven’t seen him since October. I have a long ways to go still I guess. I am so grateful that I was sober when he passed away. I am so grateful I am still sober. So many years I wasted doing drugs and isolating from my family. That time could have been spent talking with my family- talking with my father. Learning from my father. My mind of course goes through all the foolish scenarios; maybe if I would have gotten sober sooner my dad could have seen the finished, bound book. Maybe this, maybe that. What’s done is done. I know I can’t change any of that.

I wish he knew how the book is coming along. We worked so hard to finish it and he will never get to see the book on a bookstore shelf. He will never get to hold the finished product. From start to finish, it took us almost 5 years to complete the 95,000 word manuscript. Even in his dying moments, he wanted to make sure the world heard his voice. He hoped to help other families’ who may go through what our family went through because of addiction. He will never know if his hard work and dedication to make a difference was all in vain.

I’m not writing this to make my father sound like his was without faults. We are all human. However, my father was a man who I respected and admired greatly. He was such a well-rounded person with amazing talent, work ethic and genuine virtue. I miss his humor and his backyard Bar-b-ques. I miss his talks. I miss his terrible, barely readable text messages.

I needed to get some of these emotions out. I need to talk about him and not hold in the pain and anger I feel from his untimely death. If there is a God out there, he is one greedy son-of-a-bitch. If that is offensive, I apologize. I am quite angry at the moment. I am left with only memories of the man I used to call my dad. May he rest peacefully. 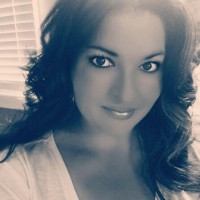 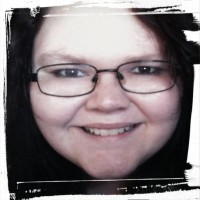 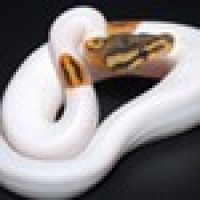